Best Pinball Machines for Home Use In 2021

A pinball machine proudly displays high-quality works of engineering with cool and impressive designs that make them are the highlight of the game room.

Even though original and iconic pinball machines are not cheap by any means, they remain an essential addition to the game room for any hardcore arcade fanatic.

In this guide, we will go through some of the best pinball machines ever made that marked our childhood.

This machine comes with custom projectors, which give it a cool magic appearance.

It also offers players adrenaline-filled shooting opportunities through the “danger” to score.

The UV lighting of this pin device blends well with the impressive artwork to create a conducive gaming environment for all types of players.

And although this game is wicked fast, it remains controllable. So players get to test their skills with every round.

Even with the difficulty in achieving shots, the machine is generally so much fun, once you understand the middle targets and drains.

However, it can be extremely frustrating if your machine’s Eleven themed magnetic ball lock isn’t working properly, which is a rare occurrence.

Bottom line is that this pinball machine unveils lots of awesome features to give you a thrilling playing experience. It feels and looks good, and the projector adds lots of flavor to the pinball game.

If you want games, this pinball machine offers 946 pinball games to select from. And they include pinball hobbyists’ favorites back from the 1940s, to the 9os, and straight to 3D virtual tables.

The package comes with a 42-inch playfield to give you a feel of the full-size game at the comfort of your home.

This machine features a free play motherboard design, with adjustable volume, and a sound amplifier to offer players convenience according to preference.

Also, the stainless steel lock bar and side rails of this Prime Arcades Virtual Games pinball machine, are durable for long-term use.

In conclusion, this machine offers players hundreds of pinball games to play. It’s a true definition of “a walk-through life” thanks to its collection of every decade’s tables.

This machine features impressive hand-drawn art that is attractive to both kids and adults. Hence a worth addition to family time bonding.

You will also love the theme, and core modes since Stern don’t abandon them. So you get to finish the turd.

It comes with an impressive video and animation display projector, giving you an unforgettable gaming experience. 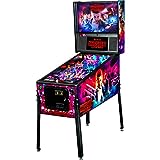 Also, the shots of this machine are thrilling, with a touch of built-in modern elements. Including the eleven themed “telekinetic” magnetic ball lock.

Bottom line is that this machine proudly displays beautifully hand-drawn art to blend easily with your décor. It’s well-guarded by drop targets and shoots at high speed to give players mind-blowing experiences. 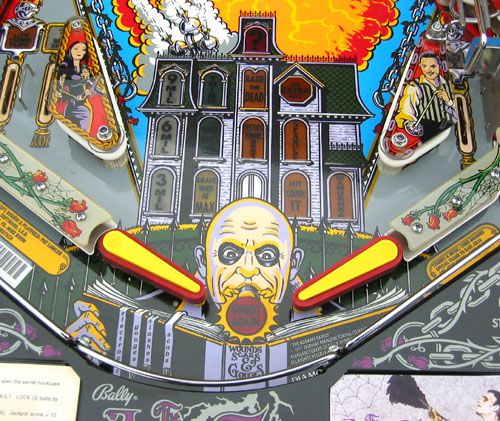 The Addams Family has sold over 20,270 units since it was released in the 1930s, making it one of the best machines of all time.

It features the custom speeches from the movie’s stars Anjelica Huston and Raul Julia, which will keep you hooked.

The machine has no single-player goal but revolves around a mid-field with 12 windows, which players can enter and score.

There’s also the Vault Multiball, which is located at the top-right area of the playfield with a rotating bookcase. Pure bliss! 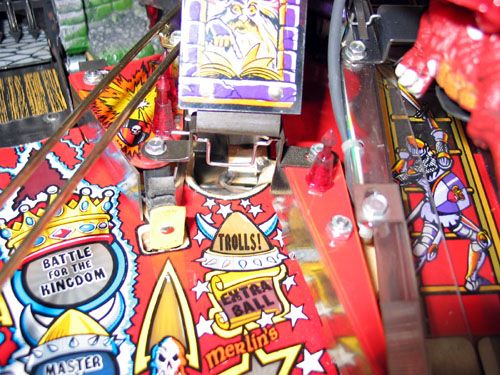 Medieval Madness Williams pinball machine was an immediate success in 1997, with demand overrunning the production.

It’s one of the collectors’ favorites, with its price tag as evidence.

Smashing the six castles at the castle’s entrance is the main objective of this game.

And with the middle section of its playfield impressively animated, expect explosive display effects, whenever you hit the entrance.

This Medieval Madness Williams classic features animated targets and 2 trolls, which are disguised underneath the playfield but show up during specific play modes. Simply thrilling! 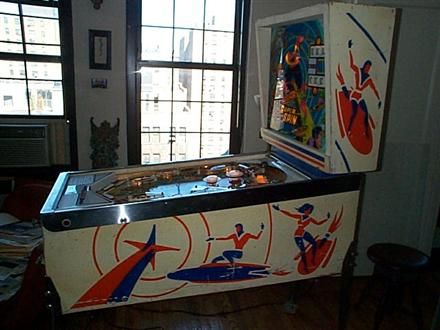 Gottlieb Super Spin is a true definition of a retro classic. It’s easy to maneuver and get hooked to.

It’s super noisy, with all kinds of sounds accompanying each obstacle wall.

In fact, this is one of the best pinball machines making so much noise, conveniently compensating for the absent music feature!

It’s the simplified prowess of this pinball game that will get you to forget about the missing several levels. 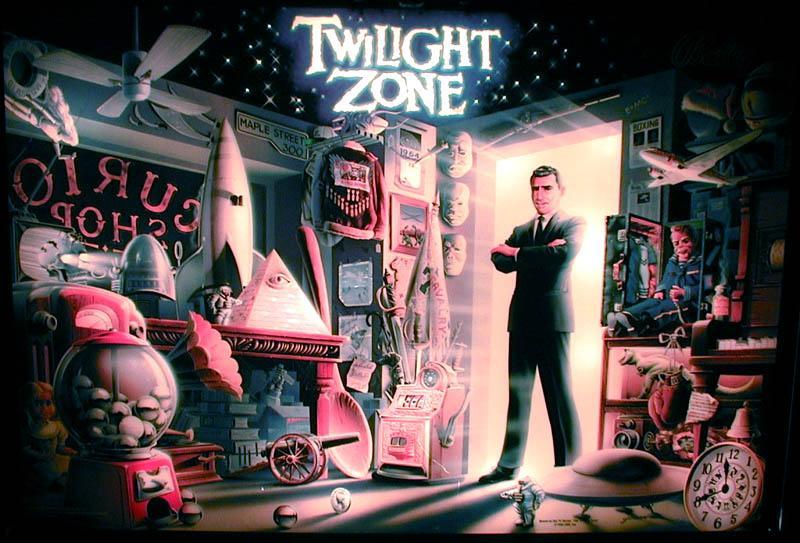 The Twilight Zone machine is the home of electrifying pinball gameplay.

Since its innovation in 1993, it’s always in the lead thanks to its impressive features, which took the market by surprise immediately after its release.

The pinball machine is loud and amazingly bright. But it offers a pretty challenging game.

You will also love the super light and fast ceramic “powerball” it comes with. Adrenaline-filled gameplay is what awaits you at the Twilight Zone!

You know the “Who’s Tommy” rock album? Well, the Pinball wizard is based on it!

Yes, your guess is as good as mine, it’s an appealing game to enjoy.

The pinball machine is popularly recognized for its sturdy electronics body construction, which earned it the title “the notable innovation”

It features an automated silver disc bot, which covers up the flipper area, soaring up the tension with each scene up to the last.

Star Trek: The Next Generation (Williams, 1993) 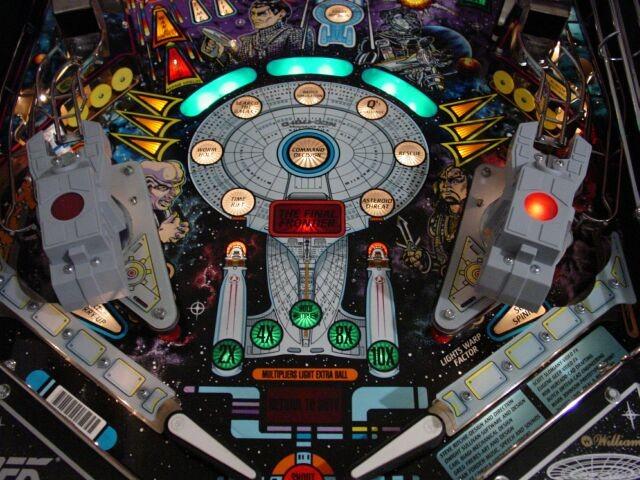 Sometimes big is better! The Star Trek: The Next Generation pinball, based on the TV series, features bold moves.

For instance, it’s one of a kind consisting of three high-score lists. It also features seven missions, which you must complete before entering the final frontier.

It’s however, not an easy game to crack, but with the buy-in feature, you can at least have several attempts at the end of the game.

It’s unfortunate though, that the Star Trek: The Next Generation licensed digital version on various platforms is no longer available. 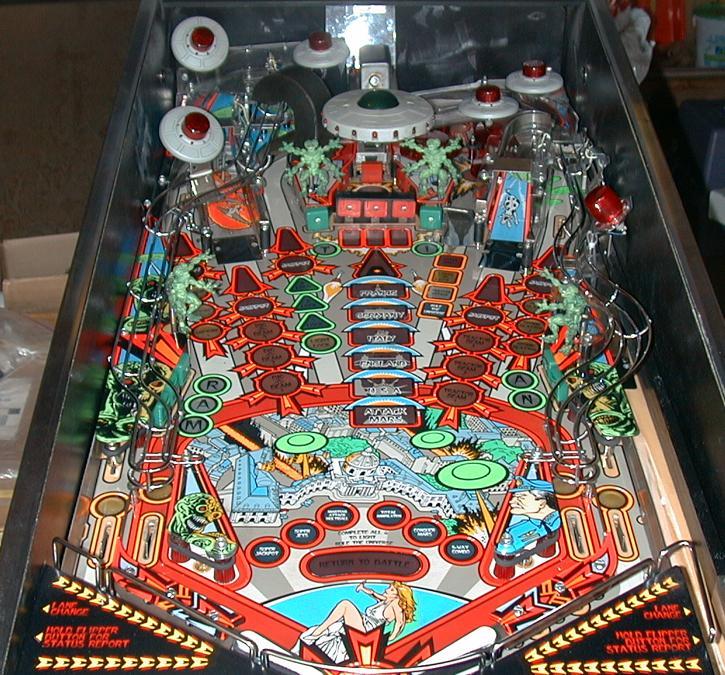 The Attack from Mars pinball machine revolves around the earth “invasion”.

Once done, ensure all the cities are safe, and then get your best weapons and go to mars and conquer it!

It has numerous speech phrases dropping in randomly to correspond with the little stages. 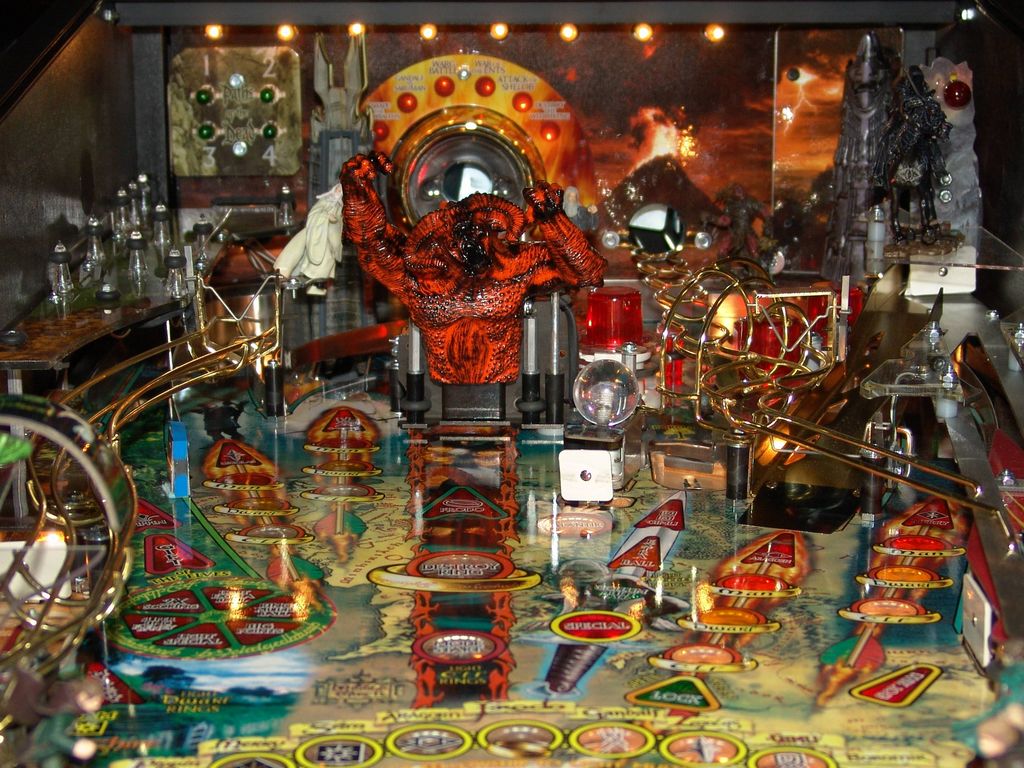 This pinball game machine is popular for its highest ever score multiplier in the pinball industry. So brace yourself for a mind-blowing gameplay experience.

Its main focus is to destroy the ring using three multiballs as start weapons. But, its wizard mode is the most challenging to reach to date, so no easy pass-through here. 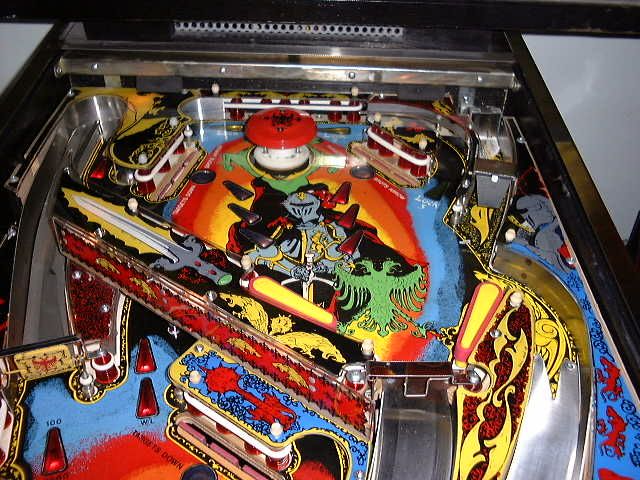 The black knight is the ultimate deal-breaker of love and hate “relationships”.  You just have to choose what you feel and explore this highly innovative game.

Its sturdy state of electronics screams longevity. And not only that,it also features an appealing multi-playfield, complete with 2 flippers.

You will appreciate its magna-save feature, where you can lock your ball for later use. The feature is positioned on either side of the field. A combination of AC/DC and Stern group screams explosive discoveries.

Its cabinet is beautifully colored, and the artwork is perfectly done to make it to the list of best machines of all time.

The playfield is lit up by 3 super bright LED jet bumpers for “brightened” moments as you find your way through the not-so-easy playfield.

Things to Know Before Buying a Pinball Machine

You can also add them as part of your entertainment devices when hosting parties for friends.

That said, you should know a few essential things before buying one.

For instance, think about the budget. How much money are you willing to spend?

Also, who are you gifting it to? Yourself, kids, or the entire family? There are features that matter most to every user.

The kind of environment the best pinball machine will be played in matters too. For example, you might require a bigger machine for your business, than home use.

You should also consider the amount of space you have at your disposal.

Plus, are you willing to spend more for a brand new pinball machine, or you would rather head for a cheaper refurbished one?

If you aren’t willing to go through the maintenance costs of already used machines, go for a new one.

You should also know one or two things about pinball machine features:

Type-Pinball machines come in various kinds. The most common ones are the electro-mechanical (EM), Solid State (SS), and Dot Matrix Display (DMD).

The electro-mechanical machines are usually controlled by score motors and stepper units.  They are characterized by the use of multiple switches and moving areas.

On the other hand, Solid State machines are controlled via electronic microprocessors. They famously feature digitized sounds and scoring.

Dot Matrix Display Machines share similar features with the Solid State machines. They, however, have a low res video and scoring display.

The theme of the Pinball Game

Themes are important factors of consideration when selecting the best pinball machine.

It’s always advisable to buy one with your favorite theme. Otherwise, you might not enjoy using it.

Also, with the theme, add easy system navigation and you will have an impressive game.

There are various editions of most pinball machines.  The iconic original machines are usually the pro editions and are simple.

Limited/premium edition machines are a bit complex and best for dynamic groups.

If you’re a collector, consider limited editions. They usually have extra features and possess an authentic certificate.

Each machine comes with its set of rules. Always go for the best suitable for your skill level.

For instance, a beginner will find professional machines extremely difficult to maneuver.

Like other products, pinball machines come in different sizes and weights. The standard weight is around 250 pounds, and around 55-inches long.

Ensure you verify this before buying.

A pinball machine package with extra accessories is a plus.  They enhance gameplay making it merrier for you.

The most common accessories include shooter knobs, protectors for flipper buttons, leg protectors, among others.

What is the best pinball machine ever made?

Medieval Madness is so far considered the best pinball machine ever.

Others like Attach from Mars, The Addams Family, Twilight Zone, and the Monster Bash also fall in this category.

What is the most valuable pinball machine?

What is the average cost of a pinball machine?

The cost of pinball machines largely depends on the type. And of course whether new or used.  But generally, you can get one from $500- $2000(used), and from $4500 upwards for new.

How often will I need to have my pinball machine serviced or repaired?

It’s really hard to predict and a specific figure on this. But it’s advisable to have it checked by a professional after a couple of years (every 3-4 years for instance)

If the pinball machine is for commercial use, it should be checked frequently (like in intervals of 4 months) compared to that for home use.

How much does a pinball weigh?

The average weight of a pinball machine is around 260-350 pounds.

Do they still make pinball machines?

Yes, there are still a few companies making the best pinball machines today.

Pinball machines of all time are best suitable for both commercial and home use. They bring so much fun and are excellent bonding devices.

You should, however, focus on buying a machine that’s ideal for your specific needs.

And we hope this review helps you make that right choice.

Also, if you are looking for a tabletop pinball machine just for kids or as a gift, please check out our buying guide on that here.